At the time of writing this, I am a mere few days away from starting the second extended leave of my career. While mine have been parental leaves, there are other reasons you might be taking an extended break, including recovery from illness and sabbaticals based on years of service. Whatever the reason, if you have the advantage of time before the leave starts, there are a few things you can do to make the transition easier for your team and yourself.

I’ll freely admit that I didn’t do all of these things before my first leave, and it definitely caused problems for those left behind (and me when I returned). So, with all those lessons learned, here is what I’ve been doing this time to not repeat the mistakes of my past.

Three months feels like an eternity in tech, but that doesn’t mean you shouldn’t already be thinking about what you need to do to get your team ready. The first step is to talk to your manager and direct leaders in your area about the fact that you will be going on leave and how long you’ll be gone.

The more heads-up you can give leadership the better, because they will have a lot of questions to answer once notified. For example, is your current work easy for the rest of the team to pick up? Do they need to replace you while you’re gone? Do they have the budget for an additional temporary resource?

How easy these questions are to answer will likely depend on the length of your leave and your level of responsibility. The higher up you are and the longer you’re going to be gone, the more important it is that you give the company as much time as possible to answer them. After all, hiring staff+ engineers can take considerable time, and you will likely want some overlap to help onboard your replacement.

The other big thing you want to do around this time is to start getting in the habit of documenting as much as possible. For most teams documentation is a bit of an afterthought – it’s up to you to break this pattern at least for yourself so your team can find the answers when you aren’t there. Focus on workflows you use and the reasons behind technical decisions as much as possible. If there’s something you do regularly that you can’t automate, write out the steps as clearly as possible and get someone else to do it early so you can work out any bugs.

As part of a general documentation effort, when you’re asked questions, it’s a good idea to keep track of them and write out the answers somewhere easily accessed and searchable. Whenever possible, start sending links to the documentation instead of answering directly – this will slowly help you build a reference library for your team. I generally try to keep an index of “useful links” somewhere as well that I’ll add to over these months. My goal is really to try and start externalizing all of my internal mental maps of where to find things.

Hopefully, by now, some sort of plan is being figured out to replace you as you prepare to leave. If you’re going on parental leave, you probably want to be offloading as much as you can at this point – it is the nature of babies to be unpredictable.

Whenever possible, start pulling at least one other person from your team into any conversations or meetings you’re in. The goal at this point is to have as much transparency as possible. The team might not be aware of everything you do in a day, so it’s your job to make them painfully aware of it.

If you’re lucky, the people taking over those aspects of your job will start owning them at this point. More likely, they’ll be happy to let you do whatever tasks until the day you actually leave. Try to break them out of the habit of relying on you where you can without letting any of the critical tasks fail.

You will probably have to repeat, “hey, respected colleague, you really need to start looking at this stuff” ad nauseam at this point. I promise people aren’t trying to stress you out. More likely, they haven’t fully registered the added responsibilities at this point and are still unclear on expectations. Try to work with your manager to make it as clear as possible, and then … let go.

I’ll be blunt. Letting go when you see a problem is really difficult. If you’re at all like me, you’re probably uncomfortable letting problems happen. That said, if you don’t let those problems happen while you’re still there to help, it will be SO MUCH WORSE for the team when they happen and you’re gone. You need to let things fall through the cracks now, when you can still help fix it, even though it suuuuuucks.

At this point, you should already be pretty redundant, with your workload spread out to the rest of your team or firmly on the shoulders of your replacement. Now your job is to vomit information at anyone who so much as looks at you. Make sure you’re available for sudden questions that come to people as your leave becomes more real to them. As time permits, try to polish your documentation where you can and get as much feedback on it as your team will give you.

The other big thing to do, especially if you’re in any kind of leadership role, is to offer one-on-one time to everyone on your team. Let them ask you questions (work-related or otherwise) and think of any parting words of wisdom you have for them as they take on your work. This isn’t the time to be giving big sudden feedback or dropping surprises on anyone, but a time to put their needs first and tie up any loose ends.

On my first leave, I was working basically the same way I had until my last day, and it left my team scrambling. I had a lot of guilt and anxiety when my leave started because I didn’t know who would be taking over and where things would fall down.

While the TL;DR for this entire blog boils down to “write a lot and slack off a bit,” I promise you this will set you and your team up for an easier transition. It’s the difference between slowly opening a dam and blowing one up – control the flow and you control the potential damage.

Hopefully, as you log off to step away, you can turn off all thoughts and worries about work at the same time. 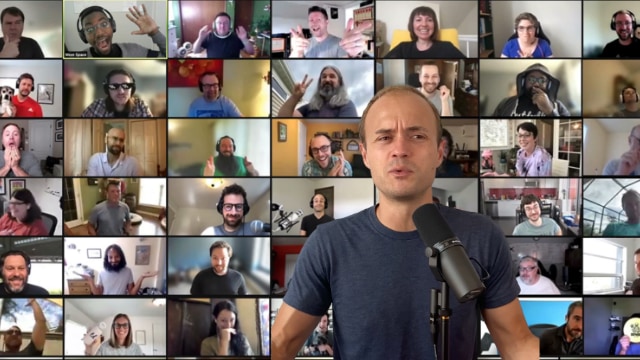 How to trust again

Identifying the hidden interactions slowing down your team