The scene was a secluded cottage. The sun had only recently come up, and snow was falling softly outside. The Sage sat at a medium-sized desk, concentrating intently on the screen in front of her. Fire crackled warmly in the fireplace across the room. A freshly poured cup of hot coffee sat ready for The Sage, just within reach.

There was a knock at the door. The Sage answered and was greeted by someone carrying a travel mug and backpack.

“Hello. How can I help you?” asked The Sage.

“I am an apprentice. I was told I could only complete my journey if I first spent a day studying under you.” He paused for a moment, then continued. “I’ve already aced even the hardest coding challenges given to me by my instructors, but they seem to think I’m still lacking something. They told me there is more to being a developer than knowing syntax, frameworks, and data structures. They seem to think you can show me. They told me I can’t graduate until I have your blessing.”

“I see,” said The Sage. “Very well. I have pressing work of my own, but I will help you to learn. Come inside. I have a spare desk where you can work.”

The Apprentice stepped inside, shook off the snow, and pulled a laptop out of his backpack. “OK. Do you want to see my latest capstone project so you can show me what I need to do better?”

“Not yet,” said The Sage. “First, how about we have you play a game of Wordle. Only after you play the game to my satisfaction will we begin our lessons.”

“I’m confused,” said The Apprentice. “I was told you would teach me to become a complete developer, and you want me to play Wordle?”

“Fine, I guess,” said The Apprentice. The Sage went back to her work while The Apprentice began the puzzle. After some time, he finally spoke up. “That one was unfair. I could’t finish it in six rounds but I definitely would have gotten it with one more play.”

“I see,” said The Sage. “Unfortunately, this is not the way Wordle is played. You must complete it in six rounds. Come back tomorrow.”

“Tomorrow!” said The Apprentice. “I thought you were going to teach me to be a complete developer. And you won’t do that because I failed to finish the puzzle?”

“As I told you,” said The Sage, “you must first play the game to my satisfaction before I will teach you. The next Wordle won’t appear until tomorrow, so I will see you then.”

The Apprentice was clearly unhappy, but put his laptop back in his bag and left. The Sage went back to her work, wondering if The Apprentice would return.

As The Sage was working the next day, she was again interrupted by a knock at the door.

“Hello. I see you have returned. I wasn’t sure you would,” she said.

“Well, to be honest, I didn’t want to. After you kicked me out yesterday, I went back to my instructors and told them this was a waste of time. But they made it clear that I couldn’t graduate without your blessing. So, I guess I’m back.”

“I see and understand,” said The Sage. “You know where the desk is. How about you go over and complete today’s Wordle puzzle.”

The Apprentice sighed. “I was hoping that was a joke. But fine. Whatever.” He headed over to the desk and began the daily puzzle.

“There. I did it,” he said after a short while. “Can we begin our lessons now?”

The Sage came over to inspect his work. “Interesting,” she said. “I see that in the first round, you were told that there is an E in the word, but in a different slot from your initial guess. And yet your second guess didn’t include an E.”

The Sage continued, “You learned something valuable in that first round. But you failed to apply that learning appropriately. This is not to my satisfaction. Come back tomorrow.”

The Apprentice looked aghast. He had solved the puzzle but now he was being judged by how he did it? Clearly unhappy, he nonetheless packed his bag and left.

The next day, The Apprentice returned and again took a seat at the desk. This time he jumped up excitedly after solving the puzzle.

“I did it! And in only two rounds! I posted my winning answer to Twitter, and it already has double digit likes!”

The Sage came over to review his work. A frown crossed her face. “Your first guess was FIZZY.”

The Apprentice seemed undeterred. “I know. That was great because the solution was FUZZY. I was only one letter off and got it in two. I learned from the first round.”

“You did indeed,” said The Sage, “but your first guess failed to maximize what you could learn. Very few words have a Z in them, let alone two. You solved it in two plays because you were lucky, not because you played well. This is not to my satisfaction. Come back tomorrow.”

This time, The Apprentice was more crestfallen than he was angry. He knew she was right. “I guess I’ll see you tomorrow,” he said.

“I look forward to it,” replied The Sage.

On the fourth day, The Apprentice arrived earlier than usual. “I feel ready,” he exclaimed as he stepped inside. He quickly got to work and called The Sage over after solving the puzzle in four rounds.

“Well,” The Sage began, “you are clearly improving. You did a nice job of learning from prior rounds and your solution was much more based on deduction than on luck. This is good. But your opening word was QUIET. So very few five letter words use a Q. And as you can see, the answer of PERKY didn’t have one in it. It is important not to waste opportunities to acquire as much valuable knowledge as quickly as possible. I’m sorry to say this is not to my satisfaction. Come back tomorrow.”

The following day, The Apprentice arrived wondering what could possibly remain. He sat down at the desk and began the daily Wordle. And even though he thought he followed all the advice given to him by The Sage, he struggled. At last, he spoke up.

“I have failed. I thought I was going to get it, but I had two possible options at the end and I picked the wrong one. I guess I’ll be seeing you tomorrow.”

The Sage once again came over and inspected The Apprentice’s work. To his surprise, The Sage seemed pleased.

“Yes, you did not solve the puzzle today. But your guesses were all sound. Even though you look disappointed, you have played to my satisfaction.” The Apprentice was surprised by what he heard, but he thought he understood. The Sage continued. “Now I want you to share your results on social media. Too many times, we only want people to see us when we succeed. But we all fail from time to time. We need to do our part to make others know that although we may fail at a task, this does not make us a failure as a person. You can teach this to others by posting your puzzle result from today.”

The Apprentice did as he told and turned to The Sage. “Done. Now can you finally teach me what I need to be a complete developer so I can graduate?”

The Sage responded, “But you see, I already have. Your instructors were correct. There is more to being a complete developer than knowing syntax, frameworks, and data structures. You learned that in some projects, you will be faced with constraints that you can not violate. You saw that you need to build on what you learned before. You now recognize that luck is not the same thing as skill. You learned that having a strategy optimized for fast learning is crucial. You understand that you should not hide your failures or feel shame from them. And finally, you learned that you must teach others what you know. A complete developer knows all these things. You can tell your instructors that you have my blessing.”

The Apprentice practically glowed and packed his bags to go.

“I have one final lesson before you leave,” said The Sage. “Being a complete developer is not a destination. It is a journey where new lessons are continuously learned. Fortunately for you, tomorrow there will always be another Wordle.”

Last Christmas I received a gift so diabolical it ruined many weekends and kept me up at night. It was a brand new Raspberry Pi Zero. The possibilities were too endless for my finite brain to handle, so I took the only obvious course of action. 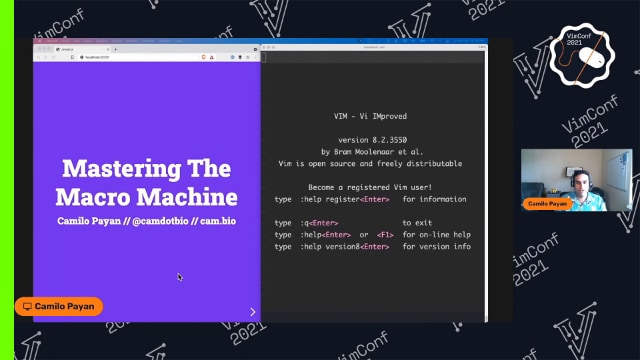 Shape Up Your Project Planning

You've been doing Agile for a while, and have a history with waterfall. Neither seem to improve the problems your team having with project planning, though. What do you try next? Shape Up brings revolutionary feedback loops to your project planning model along with new models of trust and health to your team.