What are you proudest of doing in the past year at work?

I spent most of the year working on a Rails upgrade at a client at Test Double. I was happy with the way it ended up. I’ve worked on a few Rails upgrades in my career, and early on there was not a lot of strategy involved in upgrading. It was update the Rails gem, see what breaks, and hopefully we can finish this in a month or two. It’s cool to go through different variations, working on upgrades at Test Double, and other people going through their experiences as well. We’re figuring out how we can make it a more approachable, sustainable thing—that we can do a Rails upgrade in an application and it’s no big deal. It’s cool to apply a bunch of learnings and see them work out.

Looking ahead, what has you most excited for the next year at work?

I guess the thing I’m most excited about is all the different opportunities that we’re going to have in the next year at Test Double: between the company growing, new people coming, new skills, and new clients. I think there’s going to be a lot of awesome work. It will be fun.

What is your favorite thing about being a Double Agent at Test Double?

I think my favorite thing is having the network of people within Test Double that I can reach out to and communicate with—it’s pretty cool because we have a lot of talented, smart people here who are pretty welcoming, friendly and thoughtful. It’s nice—if I ever run into an issue I can post in Slack or I can ping somebody and say, “Hey, do you have time to talk through this with me?” It’s really nice having that network to lean on.

What do you think makes Test Double unique?

Similar answer, I would say the people. It’s a good workplace. I like coming to work every day and interacting with people.

What have you been thinking about a lot lately in software development, and why?

I guess within the past year working on Rails upgrades and stuff like that, I’ve been looking at a lot of open source code. When I’m working on a Rails upgrade, we might run into an issue and look at “Why did they change this?,” or “What’s this change about?” So a lot of digging and investigating to see what changed and what happened. It’s pretty cool diving into open source software and seeing all of the thought that went into it, because everything’s on GitHub. You can go open up a PR and see what people were talking about when they introduced this change, and what inspired it. I think it’s a pretty special thing. I find myself sometimes taking open source software for granted. Like, “Oh, I can just pull down this, somebody wrote it and it will work.” Or you complain when it doesn’t work. But it’s cool, because you can see all of these different people giving up their time and giving their work away. I think sometimes we don’t appreciate it.

Tell me about something memorable that happened to you last year.

What has you most excited this year outside of work?

Being able to see people again and visit people and all of that kind of stuff. I saw a friend last weekend. I needed help with a mattress from Ikea. (Because we can have guests, so we can have a guest bed now.) It was fun. We talked a couple of times during the pandemic, but we hadn’t really seen each other. It was nice to just sit in a car and have a conversation with somebody who’s not in my household.

What book/podcast/movie/TV show have you been thinking about a lot lately, and why?

I read a couple of books recently, both non-fiction about Baltimore. One book is called Five Days, by Wes Moore & Erica L. Green, and that’s following the days of unrest after Freddie Gray’s death. Then I also read another book We Own This City by Justin Fenton. That came out in the spring, and that’s following corruption within the Baltimore Police Department, in a particular unit. Both books overlap with each other.

In We Own This City, the author does a good job of going through and contextualizing the history of Baltimore, and how the police became the police in Baltimore. The book focuses on a particular task force—the Gun Trace Task Force—that was doing a lot of bad stuff. And you can see how that intersects with what was happening at the time with Freddie Gray. It’s hard stuff to read, but I try to learn as much as I can about different things people are experiencing.

What are you looking forward to most post-pandemic?

What’s something interesting about you that’s not on your resume or LinkedIn?

I like gardening a lot. And that’s a hobby my wife and I both enjoy, so we can do that together. Nowadays she does more of the work than I do. I benefit from that, but there are a few things I’m in charge of. For example, we have a fig tree in front of our house that we got a few years ago. The city has a tree program where they give away free trees, because they want people to have more trees. The fig tree’s cool because it’s specially bred for containers. That’s perfect, because we live in the city and don’t have a big yard. So we need something that can be happy in a container. I think this is the third year we’ve had it. It’s really big and lush now, and we just got a first round of fruit. We should get another round in the fall. I like gardening, because I put my computer and phone away and see what’s out there. Can we take care of it? Can we make something out of nothing? 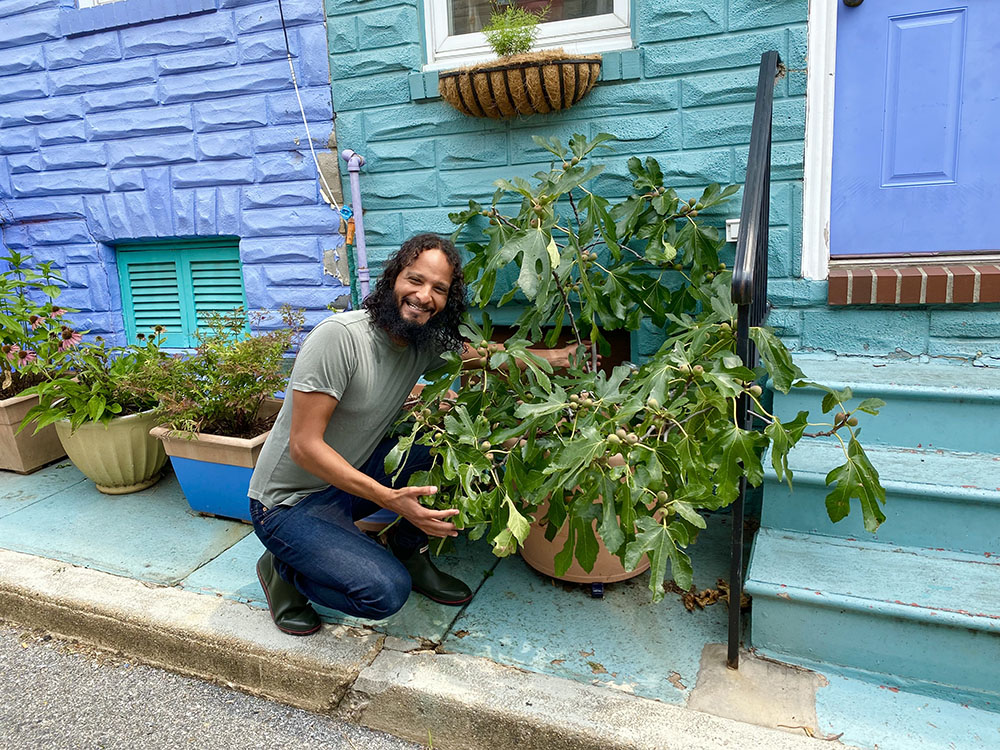 This interview is based on a recorded conversation with Ali Ibrahim and Cathy Colliver. It may or may not self-destruct.

Meet the double agents behind Test Double’s mission to build great software and great teams. In this edition, find out more about Minnie Lee.

Meet the double agents behind Test Double’s mission to build great software and great teams. In this edition, find out more about Joel Helbling.

Meet the double agents behind Test Double’s mission to build great software and great teams. In this edition, find out more about Jennifer Konikowski.