At Test Double, we want to fix the problems with how the world writes software. One of those problems is often how developers are selected in the first place. Think about the last time you went to an interview. Were the questions asked relevant to the role you were hoping to fill? Was the process streamlined, organized, and efficient? Did it give you a good idea of whether you’d fit as a member of the team? In most tech interviews the answer to many of these questions is ’no'.

The interview process for a developer is often more of a hoop (okay, a series of really, really arbitrary hoops) to jump through rather than a mutually beneficial process. Technical interviews often feel more like pop quizzes from your scariest teacher, the one who lived for trick questions.

The interview process itself can lack clarity and feel daunting, as if the company has already decided you’re not good enough. It can feel discouraging before you even walk through the door.

My experience interviewing at Test Double was different. At each step of the process, I felt my autonomy was respected and the expectations on both sides were clear.

Moreover, my experience during the interview process mirrored my experience working at the company in terms of culture and approach. Most importantly, the questions I was asked were directly relevant to the role for which I was applying. In other words, the interview process at Test Double gave me a chance to try things on for size and actively decide to join the team.

Let’s get into the nuts and bolts of how Test Double approaches the interview process. It worked for me, and maybe it could work for your team, too. There were five stages to the process: initial call with a bridge agent, consulting interview, technical interview, take-home challenge and, pairing exercise.

Before setting off on my interview journey at Test Double, I first met with a bridge agent.

A bridge agent’s role is that of a facilitator and consultant, one who is there to help you through the upcoming process and answer any questions you may have. I was eased into the process smoothly by a knowledgeable team member who served as my main point of contact from beginning to end. They also soothed my nerves because I had a designated person ready to answer any logistical questions along the way.

The initial consulting interview allowed me to show skills that I had built over a productive lifetime of non-technical career paths. Right off the bat, I felt that the non-technical work I’d done previously was valuable to Test Double.

I was asked a number of questions about how to interact with clients. These questions directly relate to the work I now do at Test Double. This was refreshing in comparison to my interviews at other companies where I was often asked questions that weren’t directly relevant to my potential role. Those left me confused as to what I’d actually be doing if I was hired by the company.

As in the consulting interview, the technical interview at Test Double allowed me to see the type of problems that an agent would encounter on a daily basis. The questions were well-designed and pointed, with a focus on how I would handle technical questions from clients rather than “trick questions” designed to trip me up.

I’ll be honest: This was the most difficult part of the interview. Even so, the feedback I received around that interview step pushed me to focus on what I wanted to work on when I became an agent. And knowing the company feedback style during the interview process made me feel safe as I proceeded towards a potential career here. I’d always feel respected and heard.

When it came time for the take-home exercise, clarity was key. Instructions were clearly laid out in an email beforehand. I knew exactly how much time I should spend on the exercise and the expectations of what our discussion would be afterward. It was also clear that, to Test Double, understanding my thought process was more important than how far I could get in the exercise. Knowing the company’s priorities made me feel comfortable before I ever started typing.

In the last step of the interview process–the pairing exercise–I felt like I was pairing with someone who didn’t have a preconceived notion of how the problem should be solved.

The goal of the exercise was not only to assess my technical abilities, but also to find out how I worked with others and thought through problems. This wasn’t just a valuable exercise for my potential colleagues, but for me as well. It made me think about the type of people I’d be working alongside and decide whether their communication style and approach to collaboration would work for me, too.

During my pairing exercise, I could see that I wouldn’t be left to myself to troubleshoot. I could ask questions freely and reach solutions as part of a team.

At the end of my pairing exercise, I got direct, actionable feedback. This was the most valuable part for me, as it gave me something to improve on right away as a growing developer.

I didn’t know the outcome of the interview for a few days, but I left feeling that either way, the process had been meaningful. I had learned about areas in which I could improve and was validated in the areas in which I excelled.

Sometimes starting the interview process at a seemingly unattainable company is the hardest step in your journey. By contrast, my interviews with Test Double were thorough but approachable and accessible. I always felt my time was respected and my input carefully weighed.

The best litmus test for a company interview is often whether your experience in the first steps of the interview process match the experience at the company itself. At Test Double, that’s proven true for me: I know I’m in the right place because I can grow and learn something different from everyone around me. I have something valuable to offer, and the people I work with offer a wealth of resources from which to draw. That was clear throughout the interview process, and it’s still true every day I go to work.

Interested in a job at Test Double? Apply here. 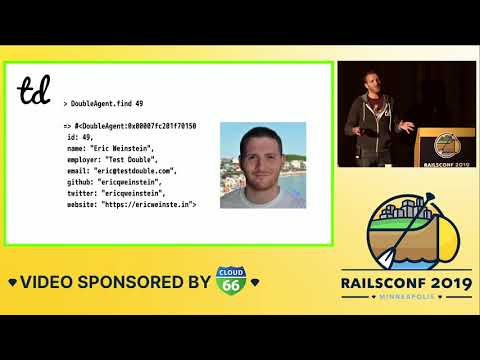 Interview them where they are

What it is like to interview at Test Double.

I'm ashamed to say it

Brené Brown's TED talks recently motivated me to contemplate the role of shame in my professional development. Is shame a problem in the software industry, and if it is, what can we do about it as leaders?