As I’ve been going, though, I found myself wanting some of the tools and features from Rust. I’ve grown accustomed to Rust for performance-sensitive applications; it has several tools and features that make writing those applications easier for me. More and more I found myself thinking, “Wouldn’t it be better to be able to write this feature in Rust?”

Time to break out some FFI magic.

If you’ve ever used a native module in Ruby or Node, you’ve benefitted from an FFI provided by C or C++. [Native modules typically control the virtual machine directly (e.g. using V8’s C++ API), though both Node and Ruby have FFI modules available for binding to dynamic libraries.]

In Rust’s case, the name also refers to the ffi module of Rust’s standard library, which provides tools to make writing those interfaces from Rust simpler.

Unity is a fantastic game engine, loaded with an incredibly rich set of features for a game engine that is freely available. Where Unity lacks, Rust shines:

The first risk is specific to Unity, and not an issue with FFI in general: if the Rust code panics (throws an unhandled error), Unity crashes. Hard. There may be a way to defend against this from Unity, but I haven’t found it. Instead, avoid panics at all costs. match, Result, etc. are your friends.

The second risk is common in FFI applications: Rust’s semantics around allocating and deallocating memory are specific to Rust, so the only way to correctly free memory allocated in Rust is to allow Rust to deallocate that memory. You need to keep track of any and all memory you allocate in Rust, and ensure that Rust knows when it’s safe to deallocate that memory. The simplest way to do that is with what I call a “baton”.

A baton is a single, opaque pointer provided to the host (e.g. Unity) when your library’s internal state is initialized. All internal allocations are attached to the data structure behind the baton. Every operation requested by the host comes with the baton, to which you continue to affix data as required. Once the host is finished, they pass the baton back one last time, and you deallocate all remaining memory in use.

I’m assuming you already have a Rust library and a Unity project. In your Rust project’s Cargo.toml file, tell Cargo you want to build a dynamic library instead of a static one:

Once you’ve done that, future builds of the library will place a .dylib file in the target directory (e.g. target/debug/ffi_example.dylib). This DLL needs to be moved into your Unity project’s Asset/Plugins directory as a .bundle to be discoverable and loadable via Unity:

I highly recommend scripting this: every time the Rust library is built, it needs to be copied into Unity. [In the full example that can be seen in build.sh.]

The next major step is to provide a publicly consumable API from Rust. This is as simple as marking a function extern "C" within the top-level module:

[Notice the function is marked pub, too. Try dropping that and see what happens.]

We can double-check that the symbol (the name of the function) is actually exported with a tool like objdump:

Unfortunately for us the Rust compiler has “mangled” the name we provided. This process is really good at ensuring we don’t collide with some other get_answer function, but we need to disable mangling for this function to call it from Unity:

Double-checking with objdump, we can see that the #[no_mangle] attribute did its job (the underscore at the beginning is normal):

Now that we can find our get_answer function, we should call it from C#. While we could bind to this function from a MonoBehaviour, it’s better to create a separate class:

Then, from any MonoBehaviour, we can call our newly-loaded Rust function:

A full example of this is available on GitHub. This example includes solutions to the risks mentioned above, as well as doing something a little more interesting: sending UDP datagrams to a waiting Node server.

In particular, check out the example for:

Now that you have the basics of FFI down, the next steps are to pass more complicated data structures around. For example, let’s take the “network protocol” use case, above. If you’re trying to represent domain objects on the wire, you need to get the full domain object into Unity. How do we do that?

While the complete answer is a blog post in and of itself, here are a few hints:

Thanks to Jim Fleming for inspiration and some helpful information while I started exploring this concept. 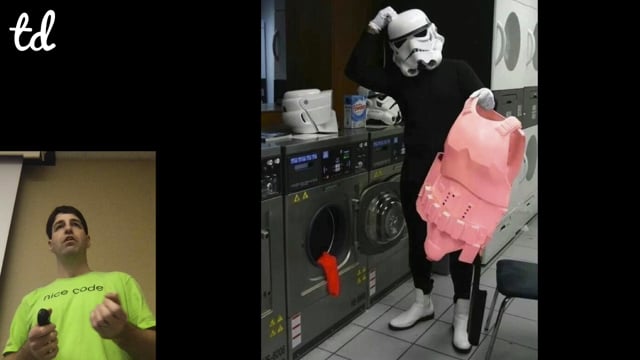 The Halcyon Days of Pure React Early on in one’s ReactJS days, you learn of one-way data flow and commit this mantra to memory: The UI is a (pure) function of the state