So, if you’re happy using Sinon.js then stop reading and send @cjno a tweet to thank him for his hard work. If you’re already convinced you want to try testdouble.js, start by perusing our docs and playing with its API.

For the rest of you, please enjoy this reductive, provocative, and narrow glimpse into the things that frustrated me about the API of Sinon.js and how I designed testdouble.js to better suit how I want to write isolated unit tests in JavaScript.

Here are the topics we’ll be covering:

Here’s how to create a test double function in each library:

Sadly, the vast majority of developers don’t know or care to learn the nuanced differences between spies, stubs, fakes, mocks; or what a “partial” test double is and why they’re usually a bad idea. As a result, it’s not helpful when this jargon leaks into the API of test double libraries.

In testdouble.js, there is a single type of test double function, designed to stand-in for any real function your subject under test depends on. It can serve as a stub or a spy, and its role isn’t determined by how the user creates it, but rather by how the user chooses to configure it.

I don’t know why Sinon.js offers both a mock and a spy API. Because there are no situations (apart from legacy rescue) where a mock function is more appropriate than a spy, and because mocks violate arrange-act-assert, I’ll disregard mocks from this point forward. It’s the first of several areas where I wish Sinon.js were more narrowly focused and opinionated.

Given a function Dog:

Here we see an immediate limitation of Sinon’s coupling of the stub/spy/mock roles with their means of creation, as it only provides this convenience for stubs. Meanwhile, testdouble.js functions are intended to play either role. Oddly enough, Sinon.js’s stubs support the same assertion API as spies, so it’s more a matter of API confusion than feature disparity.

In addition to imitating constructors, testdouble.js offers a few other one-liners to make it easy to create objects of test doubles. I don’t believe any of these are available in Sinon.js. (But please correct me if I’m wrong!)

Using Proxy objects as test doubles are particularly nifty, but are only currently supported by the latest versions of Firefox and MS Edge.

In order for a test double library to be useful, you need to be able to get your fake things into the hands of your subject under test as unobtrusively as possible. The libraries may seem similar here, but testdouble.js provides a much more involved scheme for Node.js and a greatly simplified approach to resetting state to avoid test pollution.

One mechanism both Sinon.js & testdouble.js provide is property replacement of objects referenceable by both the test and its subject (i.e. global namespacing):

This is a significant way in which the two libraries diverge in behavior. Whereas testdouble.js will replace process.cwd entirely with a fake function, Sinon.js spies merely wrap it, allowing any invocations to go through to its actual implementation while also enabling verification of those invocations.

Sinon.js’s behavior may seem more robust at first glance, but in the attempt to have it both ways, it encourages unfocused tests: either the purpose of the test is to verify an invocation or to ensure that the integrated unit behaves as expected; it can’t be both. Either the test will be needlessly coupled to its implementation or it will be needlessly coupled to its depended-on component. Moreover, most users probably aren’t aware of the nuanced difference in behavior between sinon.spy and sinon.stub in this case, given how similarly they behave elsewhere.

Here’s how to restore those real properties back to their original owners:

While testdouble.js has a global reset for the state of all of your test doubles and any destructive actions taken through its API, Sinon.js is so flexible it hurts: restoring the state of each and every replaced property becomes the job of the user, leading to (easy-to-forget) teardowns for each test double in your test suite.

The chore of manually restoring all your Sinon spies is complicated by the fact that they delegate invocations to the real function, so it’s easy to forget to restore() them after each test until much later, if and when the presence of Sinon’s spy wrapper causes a problem someplace else.

To mitigate this annoyance, Sinon.js features a “sandbox” API, but that just gives users another, higher-order thing to keep track of:

This (and its sinon.test counterpart, which binds to this) makes uses of Sinon.js harder to grep. Additionally, there’s nothing preventing users from accidentally referencing sinon.* methods even when in a sandbox, potentially polluting production-scoped code with wrappers.

To my knowledge, Sinon.js doesn’t offer a similar feature, but modules like sandboxed-module and proxyquire do, leaving each user to wire things up on their own. (Though, to my knowledge, this is the tersest dependency replacement API currently available for Node.js.)

Let’s say you have a test double function ask that should return 42 when you pass it 'meaning'. Here’s how you’d do that in each library:

So far so good. Sinon.js features a chained-API, whereas testdouble.js has users “rehearse” the invocation as they expect the subject to invoke it.

There are a few quirks, however. First, Sinon.js doesn’t provide a way to ensure the stub is called with exactly the specified args, and will consider the invocation to satisfy the stubbing when additional arguments are present (despite the existence of a withExactArgs method for asserting spy invocations).

Additionally, the chaining API can get a little confusing when combining options that are seemingly at odds with one another. For instance, what does this do?

The answer is it throws 'fail'. And if reversed, the chain (e.g. called throws('fail').returns(42)) would return 42. Because nearly everything you’d want to apply to a stubbing configuration is potentially mutually exclusive with something else, a chaining API seems like an odd choice for the task at hand.

Here are a few other stubbing configurations for comparison:

Either of the above will configure the following behavior in ask:

Both libraries get the job done here, but Sinon.js is much more dense and requires a little more thought about what methods are available, and which can be chained with what.

An example where Sinon’s chaining doesn’t work (but where you might expect it to) is in attempting to simplify a one-off stubbing into a one-liner:

At first, the above looks like both are working, but in fact Sinon’s chaining API just silently returned an unconditional stub that’ll actually return 42 no matter what you pass to it. (I opened an issue for this problem, if you want to help solve it.)

Chainable APIs are fun to use and enable lots of possible configurations, but they also expose to end-users a vast surface area that’s hard to circumscribe confidently. In my limited day-to-day use of Sinon.js, I’ve run into several hard-to-debug problems like this one due to the way the chaining API was implemented.

Aside from the API ergonomics, the two library’s stubbing features are broadly in line with one another, leaving the relative advantage to users' tastes:

In addition to stubbing responses, every test double library provides a way to assert that a test double was invoked as expected. In testdouble.js, td.verify() is almost entirely symmetrical to td.when(), down to the same configuration properties. This was done intentionally to keep the API as easy-to-learn and unsurprising as possible.

Sinon.js spies feature an assertion API that’s unrelated to the stubbing API for the most part, and which sports over 20 functions to assert invocations at varying degrees of specificity.

One difference that stands out between the libraries is that in testdouble.js, the presumption is that the user should verify the exact invocation (with options to loosen the assertion), whereas in Sinon.js, the easiest-to-reach assertions are also the least precise. Both libraries allow for the same breadth of specificity, but a test double library that encourages precise assertions will in turn encourage tests that fully specify the behavior they’re meant to cover.

In testdouble.js, td.verify is designed as an assertion statement, meaning it will raise an error if the verification is not met (though the testdouble-chai and testdouble-jasmine plugins modify this somewhat).

The reason for this is to help the user by providing a very detailed error message when a verification fails, in the hope they’re able to understand the failure without any further print statements or debugging:

Meanwhile, the Sinon.js docs suggest wrapping the boolean state of called… properties in an assert():

The above error message isn’t particularly helpful, and would require some debugging or console.log()‘ing to figure out why the assertion failed. As it happens, Sinon does provide its own assertion tools, but their messages are still pretty limited:

While we’re on the topic of robust, actionable error messages, let’s review how each library lets you inspect the state of test doubles at runtime, which is important to consider when you’re debugging a test. In fact, the same information can generally be gleaned from test double functions created with either library:

The fact that testdouble.js needed to be able to print tidy verification failures, it was trivial to tack it onto td.explain as well, for high-quality logging when troubleshooting, like so:

Which will print a very readable summary of what we’ve done to the test double so far:

This test double cough has 2 stubbings and 1 invocations.

Now that testdouble.js has cleared the 1.0.0, most of my focus between now and version 2 will be to improve the library’s introspection abilities and messages.

The API design of libraries inform users on how to think about the problems they solve.

Sinon.js, by offering a broad API with multiple overlapping types of test doubles, redundant ways to accomplish the same thing, and scant few opinions on proper use can leave non-expert users feeling confused and overwhelmed.

As a result, it’s no surprise that most people I know who use Sinon.js struggle to articulate a coherent rationale for why they’re using test doubles, lack a consistent way to perform common tasks, and spend a lot of time complaining about test doubles.

It feels like I saw the same thing play out nearly a decade ago in Java. jMock’s abstractions overwhelmed all but the most ardent experts in isolation testing, whereas EasyMock’s slowly-expanding API encouraged teams to mock dependencies haphazardly and inconsistently. It took Mockito’s narrow API and strongly-opinionated design and documentation to encourage consistent and comprehensible use.

There are a few tricks that Sinon.js knows which testdouble.js doesn’t—sometimes by design. But I think if you take the opportunity to try testdouble.js you’ll find that its API is broad enough to get the job done, but narrow enough to foster consistent, readable isolated unit tests. If you’re ready to take the next step, I’d encourage you to check out its documentation.

How to stop hating your tests. 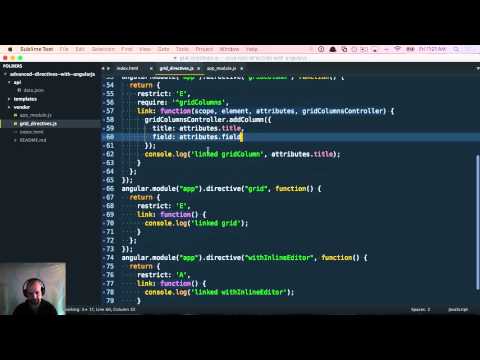 unrequired love: a discussion on javascript and dependency management