As part of our involvement with our local development communities, we are proud to join with the Ember Columbus meetup to sponsor the creation of a new Tomster!

The Ember Columbus Tomster embraces Columbus' and Ohio’s long and storied connection with American football. As the current home of the Pro Football Hall of Fame, the Cleveland Browns, the Cincinnati Bengals, and of course Columbus' own Ohio State Buckeyes, Ohio is recognized around the world as a key cultural center of American football.

The Pro Football Hall of Fame is located in Canton, Ohio partly because the American Professional Football Association was formed there in 1920. That league had its named changed to the National Football League two years later. Nine Ohio cities (Akron, Canton, Cincinnati, Cleveland, Columbus, Dayton, LaRue, Portsmouth, and Toledo) have been home to NFL teams, more than any other state. Portsmouth in particular had a successful NFL team that ultimately had to move due to the Great Depression. The team was sold to a businessman in Detroit, where it remains today as the Detroit Lions.

We’re proud to embrace Ohio’s current and historic ties to the game of American football with this new Tomster. If you’d like a sticker of your own football-playing Ember Columbus Tomster, keep an eye out for me at EmberConf in Portland, Oregon later this month (March 28-30, 2016)!

The Halcyon Days of Pure React Early on in one’s ReactJS days, you learn of one-way data flow and commit this mantra to memory: The UI is a (pure) function of the state 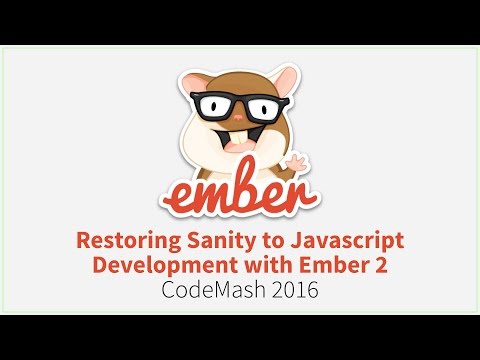