We’ve all seen this story. You’ve worked hard on some cool new stuff and are ready to push, but the universe has other ideas.

What do you do?

I know you thought you were finished, but the worst thing you can do is rush through this last bit. There’s a good chance resolving this conflict is going to be difficult. The stakes are high. There’s a good chance you’ll break your cool new feature here. Not only that, but someone else worked hard too, and you don’t want to break their stuff either.

So take a breath and make sure you’re ready to concentrate a bit and get this next part right.

Read the other commit

Ok, you know what your change was, but what’s this conflict about? The reason you’ve got a conflict is that someone else made a change that overlaps with your changes (omg, what a jerk!). Angry as you might be, the appropriate reaction here is empathy. What was this other person trying to accomplish? What will it look like if it breaks?

If you can’t answer these questions, you’ll need help. Ask the author of the other commit. Pair on the rest of the resolution if that’s your thing.

This is the part you press some buttons in your editor, it’s something you need to get good at, but it’s not very interesting. Take a look here if you’re having trouble.

Once you’ve pushed all the necessary buttons, let’s move on.

So the hard part’s done. You’ve got an understanding of both changes and how they need to work together, but the important part is here. In a vaccuum, the risk of something breaking here is about equal between your changes and that pesky “other commit”. It’s tempting to re-test only your changes, and to forget about that other commit (or worse, to skip testing altogether, which is especially tempting if you didn’t stop to take a breath).

If you’ve got an automated test suite here, that’s great. Run it. But also be aware that no test suite is perfect; and not everyone tests things the same way that you do. The “someone else” who made “that other commit” can tell you what tests they used. Ask them about it. Ideally you want to repeat whatever they did (automated or not). Practically there might be some shortcuts, but two people can do a better job of making that judgement call than one.

If you didn’t ask for help, ask for review

Even if you don’t think you need help, whoever wrote that other commit will know their side of the story better than you do. Better to at least let them know you made changes in an area that they touched last. They won’t be mad, I promise. Heck, they might even do some testing for you.

One of your project’s dependencies just released a new version you want. You run bundle update as you ritualistically cross your fingers. All your tests are now broken. What do? 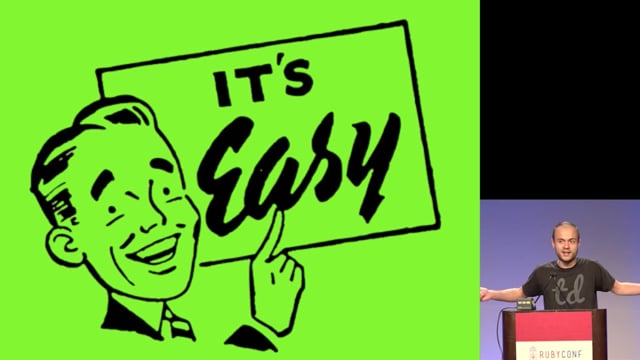 How to stop hating your tests.