We spend countless hours of our days trying to figure out how to make Test Double an awesome place to work. We started this company as a means of providing happiness to developers who were otherwise trapped in less than fulfilling jobs. It’s this focus on the members of our team over our clients, profits, etc… that makes Test Double different from any of the previous consulting companies we’ve worked at. Since we have a lot vested in the happiness of our employees, it was really difficult to hear this week that one of our members, Zach Briggs (005), was leaving to pursue an opportunity outside of Test Double.

We at Test Double would like to thank Zach for all of the awesomeness that he has brought to our company in the roughly 2 years he’s worked here. If you’ve never met Zach at a conference, you should really try to get out to one where he is speaking. Go, watch him present and you’ll see the attributes that make Zach special. He’s genuine, open hearted, he’s passionate, has a great sense of humor and he’s an extremely quick learner. 1 year after starting to use Rails, he was speaking at RailsConf. As AngularJS began to mature, he dove in, started leveraging it for building rich user interfaces on the web and was teaching others to do the same at workshops and training classes around the world.

He’s obviously technically proficient, but even more importantly, he was an absolute joy to spend time with. He’s got a unique sense of humor that manages to make even stressful situations enjoyable. In our early stages of this company, we felt like hiring people who would represent our brand well was critical. Zach’s been the embodiment of the type of developer we like working with. We’re confident that he will be successful wherever he goes, please know that those of us who worked with you at Test Double will sorely miss you! 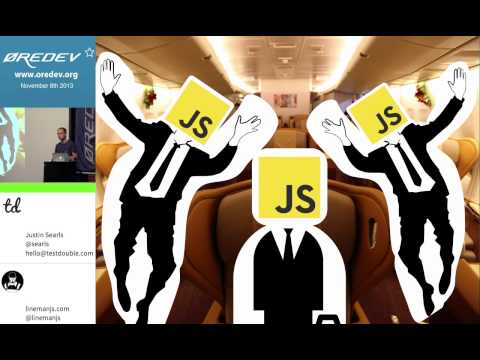