The Rails 4.0 application that I was migrating is small, about a year-old, runs on Heroku, has zero automated tests, and was using Mongoid.

I was hoping to find a silver bullet to just do my job for me (like MoSQL!), but after running into a number of hurdles, it seemed like I was better rolling my own migration. I also decided to do all the conversions in Ruby from a Rails-aware process so that I could run all of the models' validations as they were moved from one store into the next (acquiescing to how slow this would be).

Since I wasn’t familiar with the application or with MongoDB, the first step to pull off any migration was to take a snapshot of production so that I could be sure any code I wrote would be run under realistic data. (This was only possible because of production’s modest size, but if it had been larger I could have taken a random sample). To load production onto my machine, I ran:

Next, I pointed the Mongoid config’s (config/mongoid.yml) development key to the new dump:

Now my development server would be running with production code. This way I could be sure to develop migrations that hit all of (and only!) the edge cases that matter to my production data.

Next, I prepared to add ActiveRecord support to the app:

This left me with a structure that looked a little like this:

Finally, I generated a new, empty migration and began to take stock of my situation.

I was very fortunate that this application wasn’t taking advantage of any of Mongo’s advanced features, neither in its document composition nor its runtime operations. Here are a few happy constraints I was able to identify:

All of this suggested that the migration was conceptually straightforward and I was safe to proceed.

Next up, I started filling in my migrations one step at a time, which was mostly a straightforward process of:

This allowed me to start with a simple one-to-one model and incrementally add complexity as I tackled each subsequent model.

I started with a little class named app/models/converts_from_mongo.rb that looked like this:

The above was good enough to do my top-level models. I could just open a console and run Sql::ConvertsFromMongo.new.convert(Walrus.first, Sql::Walrus). If an attribute, say, teeth was more complex than a simple value copy would allow, the new ActiveRecord model could define a method named apply_mongo_teeth!, which could transform the data however it needed.

Eventually the script got more complex as I wanted the top-level object to be responsible for its dependent has_many records (if I’d had embedded models in the document, I would have handled those, too).

In the above, I looped over each AR model’s has_many relationships (which they declare by responding to mongo_has_manies, because I was too lazy to figure out how to introspect it), and then for each-and-ever related item, I’d call the convert method again, this time passing a little hash which could initialize the inverse belongs_to ID.

Put together a rake task

Since I wanted to be able to run this whole migration as a detached rake task, I created a little task in lib/tasks/mongo_to_pg.rake

Since Walrus had a has_many relationship with every other model, this was sufficient to migrate the entire application’s data. Note also that the no_timeout call was necessary because Mongoid uses a cursor to batch requests to MongoDB, and it normally has a 10 minute timeout, which is liable to expire when processing a large batch.

I was finally ready to try this out on heroku in a staging environment by running:

In the above, heroku run:detached is a fantastic, little-known Heroku sub-command which will kick off a run command on a spare dyno and continue even if your local machine disconnects. It will even print out a heroku log <PID> command you can run to monitor your process.

Unfortunately, I quickly realized that everything was working great until I got about 2/3 through my data set, at which point I began seeing “Error R14 (Memory quota exceeded)” errors. It actually wasn’t obvious this error was being triggered, in part because it didn’t crash the process, instead it merely drastically reduced my dyno’s resources.

Because the memory exception had the side-effect of starving the dyno of almost all its resources, it sent me down a pretty deep rabbit hole reading up on ActiveRecord internals, articles about Ruby’s GC, and so forth. All of which made me suspect that ActiveRecord was perhaps-too-cutely holding onto references of the newly-created dependent models because it happened to know that an in-scope parent object held a reference to it.

To debug this, I pulled in the impressive ruby-mass gem to sniff out the references to these new AR objects with something like this:

Mass.references will hunt through the ObjectSpace for any other objects holding a reference with the same object ID as what’s been passed to it. This helped me uncover that ActiveRecord::Associations::HasManyAssociation instances were holding instance variables called @owner and @target and that ActiveModel::Errors instances had a @base ivar pointing to each new instance being created. As a result, every object committed to the database was effectively never eligible for garbage collection. I also had to remove all of my higher-order ActiveRecord::Base.transaction demarcations, as they hold a reference to all records to-be-committed.

All of these references were preventing any of my newly-created ActiveRecord objects from being garbage collected, which in turn was causing my Heroku dyno to run out of memory.

The fun part about writing code you plan on throwing away as soon as you run it is that you can make a mess without hurting anything more than your dignity. So I went ahead and hacked up the code that looped over each has_many relationship as such:

The above adds a few things in the interest of keeping the memory footprint of the task low:

Somewhat surprisingly, this worked perfectly. The memory overhead for my batch remained roughly constant once it initially warmed up, and no data integrity issues were introduced.

The really cool part of this entire endeavor was the fact that ActiveModel gives you so much compatibility between like-for-like models that once the data existed in both places, I was able to do this:

And then unwrap the module Sql around my new AR models.

I was shocked that—barring a few hiccups—the entire app just worked, running against PostgreSQL instead of MongoDB.

All told, we experienced about an hour of downtime.

I’m not sure how much of this experience is generally applicable. In hindsight, I was really fortunate that my model was as simple as it was, that the application was taking so little advantage of Mongo-specific features, and that I was permitted an hour of downtime to complete the migration. (This approach would have dovetailed nicely into a zero-downtime scheme in fact, but would require more effort to ensure no new Mongo records fell through the cracks.)

Perhaps heretically, I was also pleased with how smooth everything went in lieu of tests; the application didn’t previously have any automated tests, and I didn’t add any during this transition. Fortunately, the application is small enough that I can get through about 90% of its logical branches manually in under a minute.

Of course, you’re unlikely to run into a situation exactly like this one, but I wanted to share my experience in case some individual portion of it might prove useful to you. #ymmv 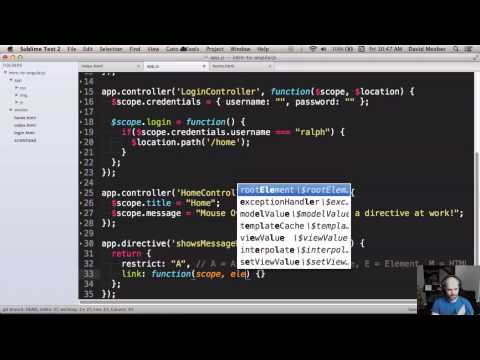